Suddenly, when they looked around, they saw no one with them any more, but only Jesus.  As they were coming down the mountain, he ordered them to tell no one about what they had seen, until after the Son of Man had risen from the dead.
Mark 9:8-9

Most of the people we encounter who are doing meaningful work, who create and contribute, can usually point to one or more times in their lives when they have been supported or guided by a capable person willing to share the wisdom of years of experience.  We often hear folks, upon receiving public recognition, say this: “I stand on the shoulders of giants.”  This nod to mentors has become cliché, because there is much truth in those words.

My father, a dedicated judge who is still going strong, speaks fondly of those who came before him and who shared their wisdom along the way.  Judge Warren Jones. Chief Justice Warren Burger. Justice Byron White. Judge Robert Vance.  Dad has been a judge for about 45 years – and I think it is safe to say what he loves most – beyond a deep and abiding respect for the law  – is the opportunity to mentor brilliant young folks who have served as his law clerks.  He loves watching them venture out.  One former clerk – Case Western law professor Michael Scharf — was nominated for a Nobel Peace Prize in 2005 for his international work providing pro bono legal assistance for leaders working on peace negotiations and the prosecution of major war criminals.  According to numerous profiles, Scharf maintains that peace and justice are inextricably linked. 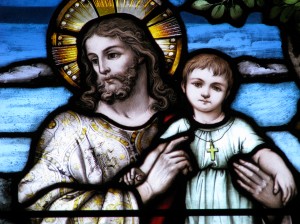 When it comes to mentor relationships, it is rarely possible to point to a single source to explain an individual’s courage or success, but, when we find a person who has grown into a life of service, usually we can look back and find that at various points in time they have benefitted from a mentor, from someone of depth and practical wisdom. These needn’t be long-term relationships. Exposure here and there can often be sufficient to have a profound, cumulative effect.  Mentors are our guides along the way, but, even the wisest ones cannot anticipate the exact place to which we are called.

Next Sunday we follow the story of Elisha, who must come to terms with the sudden departure of his mentor Elijah (2 Kings 2:1-12).  He cannot bear the thought of this and, in his insecurity, asks for a double-portion of whatever it is that Elijah has.  He watches in horror as Elijah is taken up in a whirlwind.  He tears his clothing when he finds himself alone.  He is left in the in-between time and must now grow into his full stature.  Even with all that he has inherited, he must discover who he, Elisha, is meant to be.  No one else can do this for him.

Similarly, after witnessing the transfiguration of Jesus, Peter, James and John must come to terms with the reality that they cannot capture or contain Moses and Elijah on the mountain.  They cannot grip their history too tightly. They must not cling to a single moment.  They must trust enough to let go.  To wait and find out that God is doing a new thing through Jesus, transforming all things.

During times of change, during times when I can sense God at work doing a new thing or calling me to a new place, I tend to be drawn to people who appear to have been successful in moving through their own journeys of creative change and growth.  I take comfort in hearing stories of faith, courage and risk.  Their stories are evidence that stepping into uncharted territory is not only survivable but well worth the risking. So, I do my homework, seeking people out, asking questions, making notes.  But there comes a time when I must venture out, when I must walk that path that is being revealed ever so slightly in front of me.  There are moments when I must make friends with the sense that I am all alone, at least for a season.  I must make friends with the reality that there is no one else there, no one else inhabiting this particular point on this particular journey.  Well, almost no one.  Only Jesus.

6 Responses to Only Jesus.